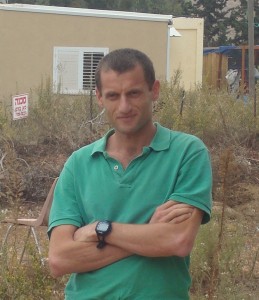 According to a May 2017 survey published in the Hebrew language newspaper Yedioth Ahronot, “Young people in Israel are more and more right-wing and closer to Judaism.” For the past 19 years, the Macro Center for Political Economics and the Friedrich Ebert Foundation have been conducting in-depth studies every six years among young Israelis from all sectors. The fourth and most recent study shows that 67% of young people define themselves as right-wing (or center-right) and only 16% identify as left. When it comes to religious identification, the numbers have shifted since the first study, when approximately half defined themselves as secular and 9% categorized themselves as ultra-Orthodox. Today, 40% identify as secular and 15% identify as ultra-Orthodox. (According to the Channel 20 website).

I don’t see right-wing as “bad.” I’m not sure that the truth lies with the left. And identifying  as religious is also not an offense.  I can attest to this from my own past.

Nevertheless, the published survey raises some considerations and offers insights. Perhaps these insights are obvious, but it is worth taking a closer look at them.

First, there has been a change:  once the situation was one way and today it is different.

Second, there has been a move to the ‘right’ (in both religion and political positions.)

Out of simple human curiosity, the question arises:  Why? Why has there been a change in general, and in particular why a movement to the right?

There are many possible answers to this question. For example: the move to the right is happening all over the world; in Europe and in the United States. The security situation around the world raises issues about one’s own personal security; the downfall (to some extent) of secularism and science; the replacement of the elite in Israel; globalization; the Big Data Revolution; and more.

Each has some element of truth to it, but what interests me most are those answers that touch me personally, or more specifically, touch those young people on whom I can have an impact.

I work with young people in a microcosm that includes four graduated classes and one current class of the Hannaton pre-army leadership mechina, and tens of other mechinot that have visited Hannaton or which I have visited, and the Tiferet program for post-army Israelis at Hannaton.

From my observations, ideology is NOT one of the central reasons for this move to the right.  Read carefully! There has indeed been an ideological change, a move rightward, but this change does not stem from ideological beliefs. That is, there has not been a change in position, in viewpoints, in world dogmas, ideological dogmas, or human ideas. There has been no change that brought an ideological, principal, or theoretical discourse – even of second, third, or fourth order – in the positions of youth concerning religious and politics.

The change that took place, simply put, is in the vacuum that exists. In other words, a nearly fundamental change has taken place.

What is that change?

It is almost strange to say it, but until recently, perhaps only in the last few decades, “the world,” or the way in which people think and act, was based on certain doctrines: religion, ideology, humanism, socialism, liberalism, and more. That’s not to say that better decisions were made – either by citizens or by governments – but these doctrines ensured that there was ideological, more, or less critical discourse, which required reasoning, consideration, calculation, and examination until a decision was made, whether by ballot or some other public discourse.

Recently, however, we are witnesses to a change. Ideology has been replaced by several alternatives: primitive beliefs, materialism, “alternative truth,” and more. The common link between these options is that they themselves are not committed to criticism and examination. Instead, the measurement of their “correctness” is the number of people who believe in their “truth” or faith. The most obvious example – how many “likes” a Facebook post receives.

If this insight is correct, then this younger generation is indeed unfortunate. Essentially, this generation has no faith, no belief. I do not mean that they have no values or that they are a generation that rejects and rebels. It is much worse – they do not even know what to reject or against what to rebel.

This reality is very frustrating because we have learned and now know that humankind searches for meaning, as Victor Frankel once said. Or in the more traditional language, humans were created for a specific purpose.

Faced with this emptiness, right-wing and religious thinking offers a clear alternative which provides a great deal of meaning. That is, right-wing, conservative education does not come in response to left-wing radical education, but rather in response to an ethical vacuum that does not provide enough of an alternative. And this is what leads to the results seen in the survey.

Our approach at Hannaton is to provide learning and education that is value-based, ideological, thoughtful, and compelling. We are trying to make clear, decisive statements! Clear statements in favor of critical and liberal education. And we are succeeding. We are filling the ethical void with an educational system that is pluralistic and critical. Some of our students lean to the left and some to the right, some towards halacha and some towards rebellion. But they have something to rebel against.

Our students meet an ultra-orthodox lecturer on one side and a heretic on the other. Those same lecturers and students offer organized, ideological positions.  What is common between all of them is their willingness to look at each of those positions critically, either on their own or together with others.

So, the concern is not whether or not the younger generation is more right-wing or more religious. There is nothing wrong with this trend.

But if there is no place for left-wing and secular ideologies, that raises a question … and concerns.