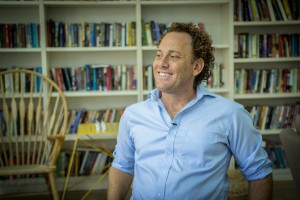 There is a legend of a prince who went out from his native land to see the world and seek wisdom. The prince moved from city to city and navigated from country to country and moved in and out of languages in order to observe and to learn. He traveled so far, in fact, he forgot his mother tongue. After many years, he missed his family and wanted to return home, but he did not know how. Finally, though, the prince arrived home, at the palace, but he found he had forgotten, in his heart, the local language. He very badly wanted to reunite with his father and mother, but he did not know how to get past the guards, who did not recognize him. Then, he let out a loud cry from deep inside his heart and his father heard the cry and recognized it as his son’s. His son had come home.

The shofar lets out a sound that is clear and hollow; pure. If there is even a small hole or a bit of dirt in the shofar, the sound is impaired or may not emit at all. On Rosh HaShana, we have a mission – to return to our own voice, not the voice that is of clothing and mannerisms. We need to return to the words that come from our heart and from our soul. No games, no masks, no hiding. We need simply to give and to receive, but most of all to talk and to connect with one another. Speech that transforms us, that transforms the other, is speech that transforms the world.

This is the first step, and it is the base of the foundation, because without hope, it is almost impossible to pray.

The second step is moving from the realm of the individual to the public domain, to the understanding that the work that takes place between an individual and God must lead to work between a person and other individuals, the community and the world.

A world that is all good: we are responsible for creating it.

If repentance, tshuva, does not lead to action, I don’t know what kind of tshuva it is. Correcting or fixing must come from the heart (and from internal conflict), into action in our world.

The “tikun”, correcting what’s wrong, starts with me, but it must not stop there. If I feel good about myself and God, but other human beings are able to disturb my peace, the problem is with me. Humans do not interfere with the way to God; they are the way.

My hope for the coming year is to have a truly united Jerusalem, not in terms of east and west, though. The unity I intend is between the heavenly Jerusalem and the earthly Jerusalem.

Happy New Year to all of us, a year of blessings, fixing, hope and faith. Next year peace will come!