Seminar on Religion and State

The goal of this annual seminar is to expose Hannaton Mechina participants to the complexity of the overlap between religion and state in many areas of Israeli society, to help them learn in-depth the various approaches, to connect them to the issues and to raise their political awareness on the subject, in order to enable serious discussion on possible solutions, and not just the problems. During this intensive three-day seminar, which was held in Jerusalem, staff and students met with a variety of organizations and individuals working on fundamental issues of religion and state and were also exposed to the various streams of Judaism. 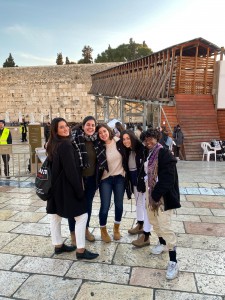 The first day included meetings with an incredibly diverse group of social changemakers and organizations: Yizhar Hess, Chairperson of the Masorti Movement in Israel; Itim which works to make Israel’s religious establishment more inclusive; The Israeli Public Forum for Youth Villages and Boarding Schools for Children at Risk; Kolech Religious Women’s Forum; The Association for Ethiopian Jews; The Israel Democracy Institute; Chuppot; Ne’emanei Torah Va’Avodah; Idit Silman from the New Right party and Yair Golan from the Democratic Union; Ariel Levinson, the head of the Secular Yeshiva in Jerusalem; and Tammy Gottlieb, Vice-Chair of the Board of Women of the Wall.

Day two opened with prayers at the Kotel together with Women of the Wall, followed by a tour of the Temple Mount, a tour of the Western Wall and the Family Wall. From there the group went to meet with retired Supreme Court Vice President Justice Elyakim Rubinstein and had a tour of the Supreme Court.

Mechina students also took part in a short activism workshop and conducted their own street survey of public opinion, had a tour of the Knesset and concluded the day with a viewing of the movie “Gett – The Trial of Viviane Amsalem”, to begin understanding the phenomenon of women refused a Jewish divorce and “chained” to unhappy marriages. 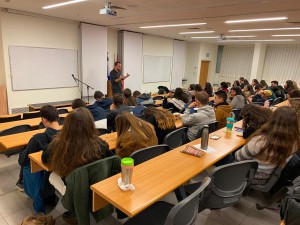 The final day included a meeting with Rabbi Professor David Golinkin, President of the Schechter Institutes, for a discussion about “the tradition of change” and hevruta study under the guidance of Nerya Rafael Knafo, Head of Jewish Pluralism Watch and watched a film by the newspaper journalist Rino Zror, “Jews, Third Time”, about the ability of the Jewish people to control their own sovereignty.

To help bring it all together, Gad Spector, Head of the Hannaton Mechina, Rabbi Yerach Maiersdorf, the rabbi of the NOAM youth movement and Nerya Knafo led a discussion on the important place of the younger generation in the world of spiritual Judaism, Israeli politics and education.