From Rabbi Yoav Ende – Passover, Syria, Freedom and Us 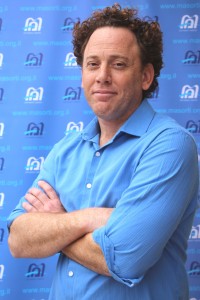 Passover, Syria, Freedom and Us

When you are a slave, when you are in chains, your call for freedom is clear.  You want to be free! You want your rights! There is a freedom of conscience and spirit that you can call out your cry for freedom with a full heart, and even dedicate your entire life to this call.

And the same can be said for a society that is enslaved, that is facing major difficulties, that is in danger. This society knows how to make its common cry for freedom heard clearly and loudly, so that it echoes forwards. “We want freedom”. “We want equality”. “We want independence”.

When we are chained, when our freedom is taken from us, when we are in our own “Egypt”, we can find freedom in our mutual hope and in our common cry.

But what happens when you are already free, when you are already independent? What happens to this call?  And if, for the individual who is free it is unclear what this call is about, how much more so for an entire society? For a state? Where is the freedom for us to say as an entire society “we want to leave Egypt”, “we want to build a state of Israel”?

We are fortunate to be living in those times, thankfully, and we must remember this good fortune.

We still, however, need to ask ourselves what it is that we want now. What is our common cry as a society? As a state? As a nation? Suddenly, it is all less clear.

The Passover haggada is like all national stories – more than telling us our past, it describes for us our present and most significantly, our future.

If we say “in every generation there were those who sought to destroy us, but the Holy One Blessed be He rescued us from their hand”, this is not telling us about our past but rather a  design, a plan for our beliefs and actions for the future.

Because Passover, perhaps more than any other holiday, offers an opportunity to enter a process, to shape our society’s consciousness. And we seek to use this opportunity to continue learning and to consider our freedom cry. What are we leaving – freedom from….  Where do we want to be – freedom to… (and perhaps this is the most difficult question, as individuals and as a society).

It is just before the holiday and it’s unclear what will happen in the coming days in Syria, though I have no expectation that the situation will improve. I can only speak about what I know as of today. Assad killed more than one hundred of his own people and injured hundreds more using chemical weapons that are actually weapons of mass destruction and outlawed by the U.N.  Most of those murdered, according to reports, were children.

We as Jews know that the world did not interfere during the Holocaust, and stood unwilling to even blow up railroad tracks leading to the concentration camps. And we scream about this even today. Do we believe that today the world will intervene?

As an Israeli citizen I can only ask of my own country, even though Israel is not the strongest power in the world and the situation in the Middle East is more than a little complicated.  Despite this, we are not exempt from asking ourselves over and over again about our obligation to the rest of the world and our neighbors.

Can we in Israel stand by and not intervene in Syria, beyond what we are already doing? Perhaps I should clarify my question. We are already helping many wounded Syrians who come across the northern border of Israel, we offer humanitarian aid as a state and there are wonderful Israeli organizations working with refugees. I am asking, however, if we, as a Jewish, democratic country, as a free and independent state, can continue NOT to intervene militarily in Syria?

Opinions on this issue in Israel are not uniform.  The majority would say that we should not enter the Syrian mess, that we are doing as much as we can, and even more than is required. Others would say that we should wait for the more powerful countries of the world to intervene and that this is not a matter for a small country whose reality is already very complicated. And there are those who are practical – if Assad is willing to use weapons of mass destruction against his own people, what’s to prevent him from using them against Israel? And then there are those who would say that from a moral standpoint, we cannot even think that we are exempt from intervening in another way, even if it is dangerous. Intervention by nature is dangerous, although it is not clear what that intervention would look like or include.

The situation, indeed, is not simple or one-dimensional. But complexity is not an excuse or justification for inaction.

I am not a military leader and I have no plan. There are many who know more than I do. I am also not talking about a general Israeli war in Syria but our sages said: “In a place where there are no men, strive to be a man” (Avot 2,5).

We did not leave Egypt and build a state so that Passover would become a holiday in which we think only of ourselves, as individuals and as a nation. At least, this is what we believe and how we are educating our students.

The answers are not simple. But if we don’t ask the questions, we have forgotten the meaning of Passover.

We seek order in our lives, and our sages gave us order, seder, with the Passover haggada, but they also required that we ask each year “what has changed”. They required us to renew, to think, to continue to tell the story of who we wish to become.

Happy Festival of Freedom to everyone – a holiday of clarifying thoughts and clear voices.