About the Seminar in Judea and Samaria

Home > General > About the Seminar in Judea and Samaria

We were in Hebron for a long time. For most of us, it was our first time in this holy and  complicated city.  For the entire week, the primary message of our lecturers (often expressed by many of us as well), was that ultimately, the solution to the difficult problems we face is education. It is education which truly forges character.  Our notions of good and evil have their basis in education.  From the moment that your mother decides whether to give you a pacifier or not, until your father’s reaction the first time you make a dent in the car. When we’re young we’re most easily influenced and susceptible to the influences of education (be it good or bad); we simply absorb it all because we lack the awareness and the tools to do better.  To rise above what we absorbed through recurring behavior and habits is very difficult. I truly wonder how many of us even attempt to change such things on our own.

One morning during our seminar, we had a tour of Hebron with members of the organization called Breaking the Silence, then later in the day we toured with the organization called Mashiv HaRuach. Just before the end of our first tour, an unfortunate incident occurred. As we sat down for our final discussion with the representative of Breaking the Silence, we passed by two people who were filming an older man. We began to converse with them, and we explained that we were from the Hannaton Mechina, and that this week we were participating in a seminar in Judea and Samaria. The older man told us that his daughter also attends a mechina. We explained that just then we were finishing a tour of the city with Breaking the Silence, and that in the afternoon we’d be meeting and touring with a representative of Mashiv HaRuach. That’s when the older man’s expression changed. “That’s disgraceful!”’, he said. And that’s all I really remember about the man. He pointed at the guide from Breaking the Silence, as if she was too left-wing to hear him or see him, and said again, “that’s disgraceful”. 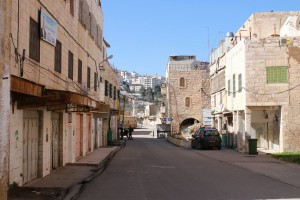 No, Sir. This was in no way disgraceful. Not even close. The decision to expose us to two opposing points of view was calculated and correct.  I only wish that everyone who comes to Hebron could be exposed to both left and right-wing perspectives; even more, I insist upon it! In order to reach an informed opinion, we must understand the opposing point of view. This man failed to grasp this important educational principle.  What good does it do if your daughter is in a mechina, to deepen her understanding of Israeli society, if she comes back to a home which doesn’t tolerate opposing opinions? Should we be ashamed that we toured Hebron with Breaking the Silence?  What message does this send, in regard to freedom of expression and conscience?

Please don’t misunderstand me.  I don’t necessarily agree with the way that Breaking the Silence operates. But there’s a proper way to disagree. What kind of world are we passing on to our children if our path is one of rejection, if we categorically reject the legitimacy of  individuals and groups that we disagree with?  What are the implications of this for freedom of expression? Or the freedom to organize? What about pluralism and tolerance?  What about fundamental human dignity? We’ve had the privilege of growing up in a country where everyone is free to express their opinion. Is this the result?

What I wish to emphasize here is the power of personal example, be it positive or negative.  What we say and do truly makes a difference. Education begins with the personal example of the educator.  If I demand of my children or students not to make a mess, and then walk by trash on the floor and leave it there, there’s no reason to expect that others will clean up.  If I persist in telling someone that they should be ashamed of themselves for having particular opinions, he or she may well internalize the message and truly feel ashamed. We often tend to downplay the importance of our behavior, thinking that others don’t really notice or care. It’s simply not true.  Our actions are the most powerful and meaningful educational tool that we possess.

Thankfully, we all have access to this key educational tool. That’s the way life is. We  influence others and in turn are influenced by them. 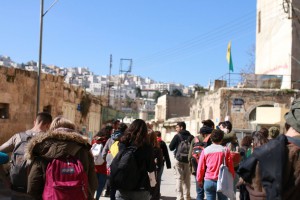 I hope that we will gladly embrace this special gift that we have, and utilize it properly, as much as we can.  This is the only thing that will lead to true social change.  What exactly is the nature of the change that we strive for? That is up to each of us to decide for ourselves. We need to work toward the fulfillment of our visions, and we need to learn to work with others so that these dreams can materialize, even if we don’t always agree with each other on every point.

What kind of a person and what kind of an educator is that man who told us to be ashamed of ourselves? What is his way and what is his goal? Never underestimate the power of personal example, for our own education and for educating others!